Chief Content Coordinator that is mildly obsessed with Dota 2. Other video games are cool too. Master of BioChem in my other life.

Epicenter XL promised the greatest Dota tournament of the year, and they delivered on most fronts. From an intense intro video to a sweet MVP trophy and a panel full of flames, this event is one to be remembered. The extended group stages really gave teams a chance to earn a top seed while a double elimination playoffs made sure that the right teams made it into the finals. Newbee, Team Secret, and Mineski took earlier than expected exits from the event while Fly To Moon broke away and secured and impressive third place finish. Two time Epicenter champions Team Liquid made it to yet another major Grand Finals, but they continue to just miss claiming their own major title, falling to PSG.LGD 3-1. Not only did LGD defeat the reigning Epicenter champions, this was China’s first major title (outside of TI wins).

Na’Vi was almost back, Techies tried (and failed) to be useful, and China finally took home a major title. Just in case you missed any of these highlights, Rivalry has you covered!

In with a BANG - Out with a Fizzle

Icefrog would never want us to be bored - so why not add Techies back to Captain’s Mode the day before a Major tournament? The “explosive” patch had more of a fizzling effect, with all four techies picks failing completely.

Complexity lost to both Fly to Moon and PSG.LGD in painfully short matches. Team Secret’s Techies pick led to a pre 23 minute “gg” call against Na’Vi. OG managed to find more success. Jerax secured several early game blast off kills, but he was useless come night time against the silence from Newbee’s Nightstalker. Their match almost made it to the 40 minute mark, but they still fell in the end. The hero looked incredibly underwhelming, but this could have been a drafting problem rather than a hero problem. Techies will have a hard time against fast aggressive play styles (like Fly To Moon’s normal style). Secret drafted and played greedy with a Wraith King jungling support and a max devour doom. We will have to wait and see if any team is creative (and adventurous) enough to make the Techies pick work in the future.

“Na’Vi Are Back, Back to Being Garbage” - RedEye

Na’Vi hoped to claim some much needed qualifying points at this major. They showed promise in the group stages with 2-1 victories over Team Secret and VP. Dendi proved that he always has and always will be a playmaker. 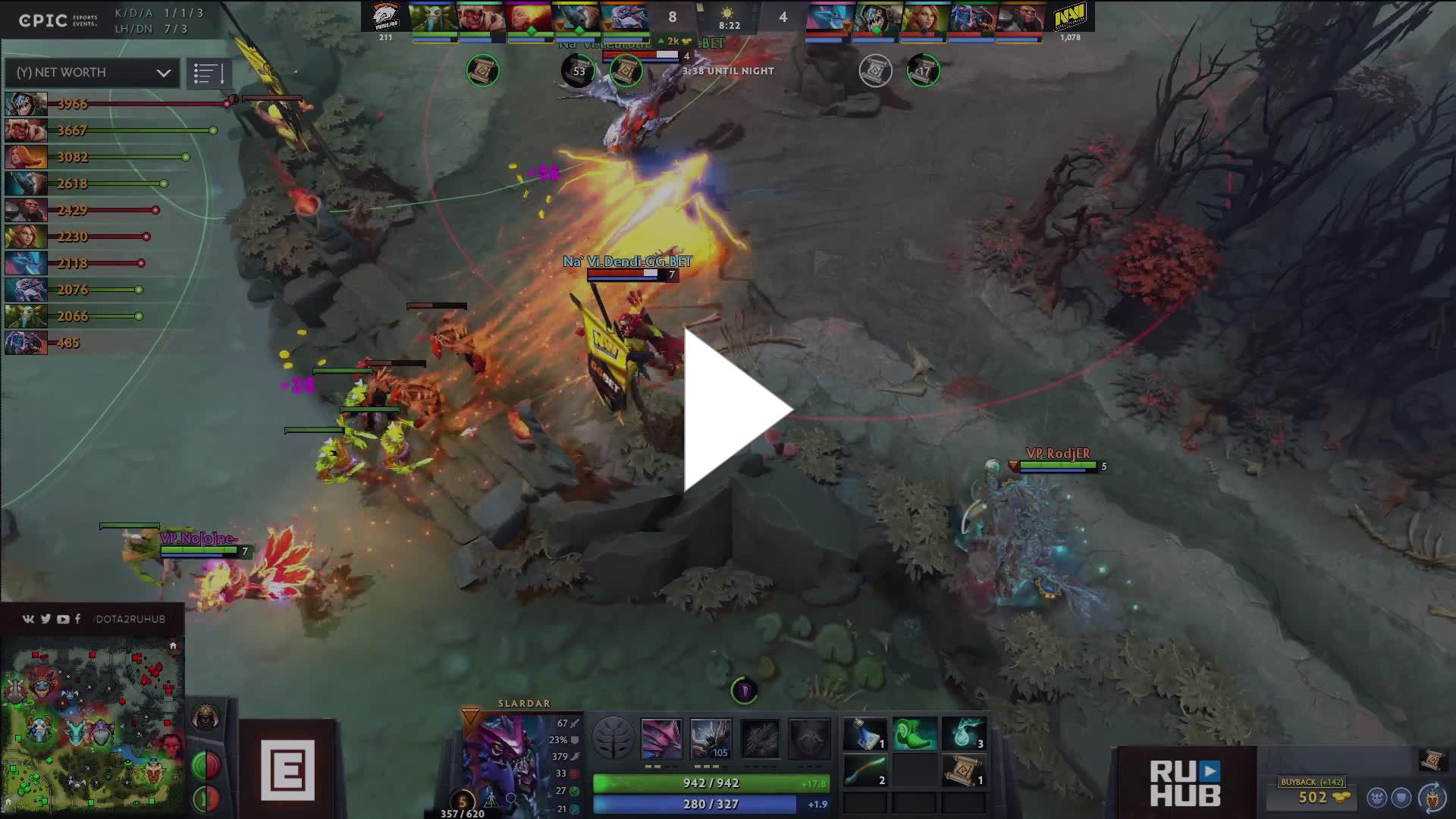 Standings in Group B were tight until the last of the matches. Na’Vi’s losses against Pain and Newbee outweighed their more impressive victories. This landed them in last place of their group and out of the playoffs. As RedEye said: “Na’Vi are back, back to being garbage.”

Flying in from Behind

Fly To Moon were the Cinderella story of the tournament. This fairly unknown CIS roster has several veterans, but no one expected them to pull out a third place finish. LGD were the Epicenter victors, but just like Ad Finem in Boston, people will remember this tournament for FTM’s incredible run.  They played aggressively, drafting low cool down and high crowd control heroes that dominated from the moment the game began. Leshrac, Doom, Spirit Breaker, and Nightstalker kept the kill counts high while Death Prophet and Phantom Lancer picks secured towers and late game potential. FTM fought their way through the lower bracket, taking out Pain, OG, and surprisingly VP before falling to Liquid. Their third place finish won’t give them the points needed to directly qualify to TI, but it does prove that CIS should be scared of them come qualifier time.

The Game(s) of Throws

The Grand Finals promised an incredible story line for whichever team emerged victorious. Two time Epicenter champions Team Liquid sit in second place on the DPC leaderboard, but they have never won a major. PSG.LGD were China’s only hope to bring home the first major title ever for China (outside of TI wins). LGD certainly looked like the stronger team, winning the laning stage in every match. Team Liquid were resilient, fighting their way back into having a chance several times. Whether it was the pressure, not being used to the relatively new buyback system, or fatigue from the lower bracket - Team Liquid were guilty of throwing away the game multiple times. 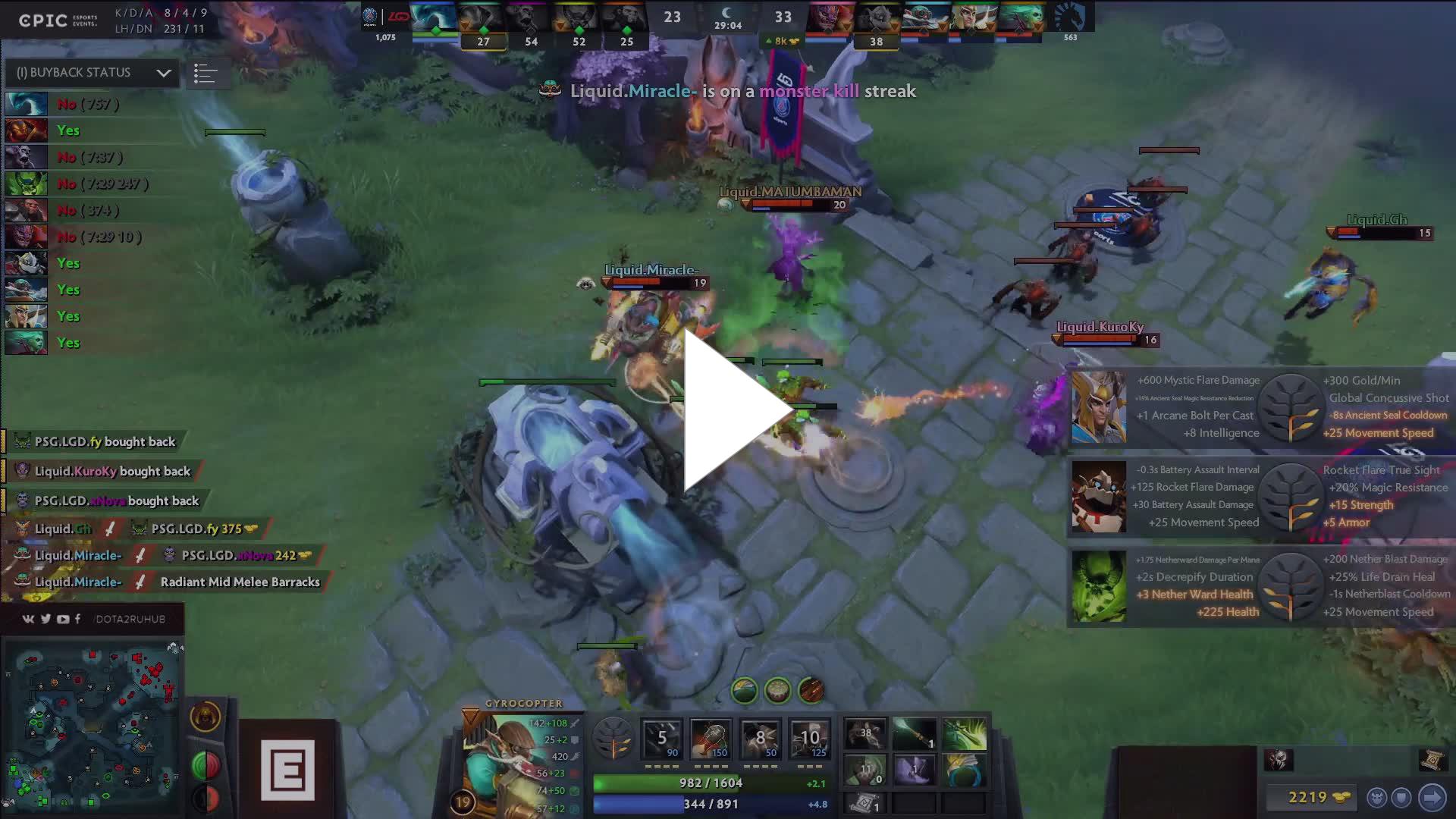 LGD’s Morphling went from an ineffective hero to a dominating force that Liquid just couldn’t handle. To keep things fair, LGD made sure to give Liquid the same chance in game 2. They were even kind enough to give Miracle a rampage instead of just a boring triple kill! 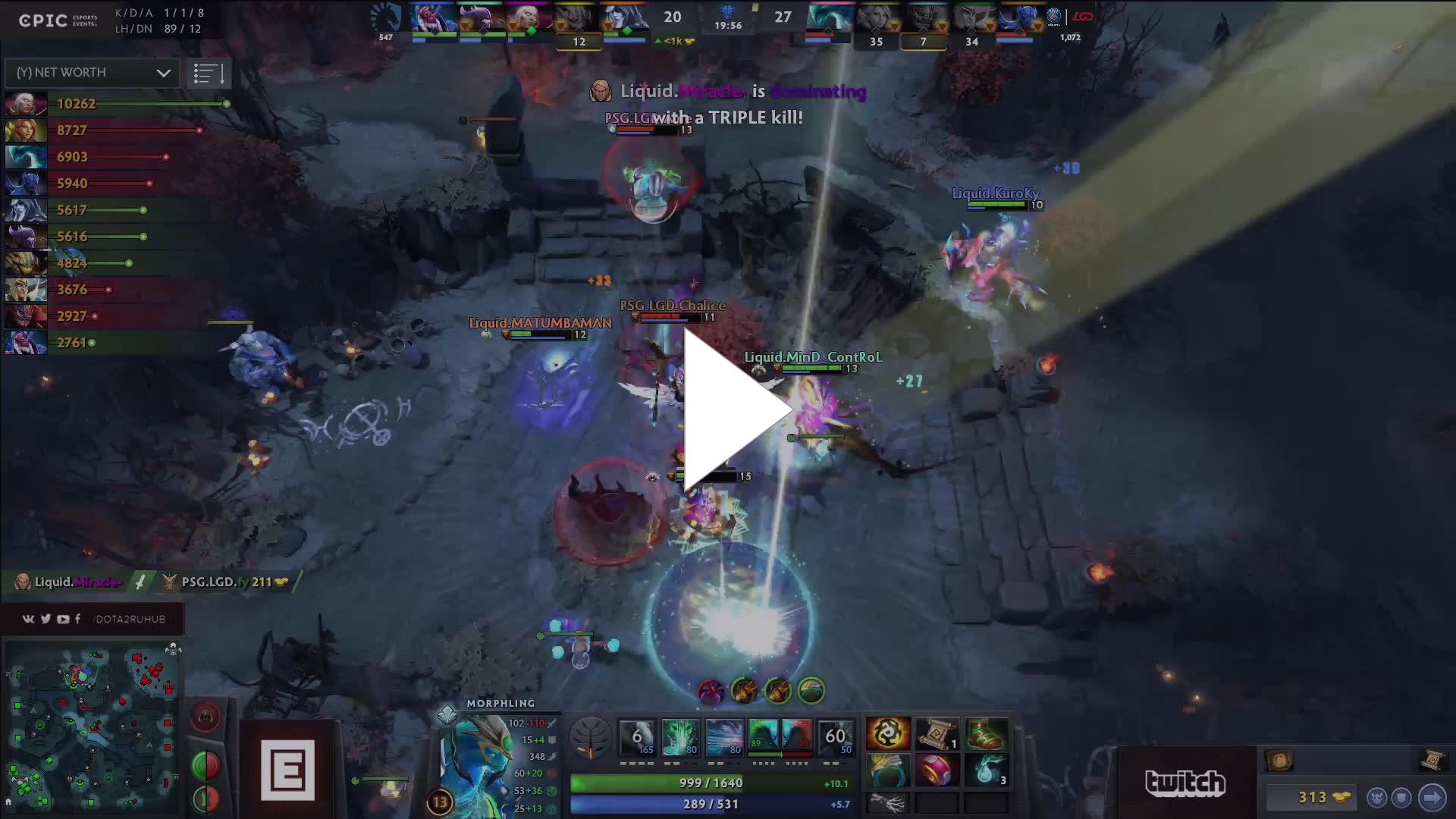 Miracle Invoker was enough to secure Liquid the win in game 2, but it couldn’t stand up to the “Fly To Moon” draft from LGD in game 3. LGD’s Leshrac, Death Prophet, and Phantom Lancer were too strong (so strong that even a fourth item Battlefury PL couldn’t throw the game). LGD polished off Team Liquid with an unstoppable Slark, winning the Grand Finals 3-1.

LGD’s victory secured the team $500,000 and 750 points per player (2250 points to their DPC rankings). They now sit in fourth place, about 700 points behind Team Secret. Team Liquid’s second place finish has mathematically guaranteed the defending champions a return to The International this year.

The tournament delivered on the “XL” expectations with incredible Dota, surprising results, diverse hero picks, great production, and a hilarious panel. LGD hinted at the strength that China has to offer while Western teams prove that they have a few surprises up their sleeves.

GESC: Thailand has just started, with more teams looking to prove themselves and earn crucial DPC points. Check out our preview piece to get fully up to date on the tournament!